A Mother's Thoughts On Transitioning From Being Baptist To Being Lutheran

This is a recent blog post from my wife. Maybe some of you have had to grapple with this as well.

The Girls' Baptism Birthday and ReflectionToday is the girls' second baptism birthday.  In the last year and a half my husband and I have been attending a Lutheran church.  This change has been a struggle for me in many ways because I grew up in a Baptist church.  Although my big turn around was realizing that, for the most part, the way I grew up and what I am learning now are two completely different points of view in many different ways.  Take baptism for example.  I grew up with the view point that you are baptized with full immersion after accepting the lord as your Savior, because it is what the Bible tells you to do.  It is a symbol of being buried in Christ and born again a new creation.  I also grew up with the point of view that baptizing infants was completely ridiculous because they cannot "repent and be baptized" as in Acts 2:38. Oh, and how dare they only sprinkle them!  When I married my hubby we would visit this topic about once a year for a week and then agree to disagree.  However, when we were pregnant with the girls, we had to actually make a decision on how to handle this for our household.  It took me a year of research and study to realize I couldn't find anything in the scriptures to say that baptizing my babies would send them to hell....


You can read the rest by clicking here. Enjoy more of Kim's posts at http://smalltowncrazylife.blogspot.com/

Don't get your theology from Facebook...(facepalm)

Now don't get me wrong. Facebook can be very useful. I'm able to keep in touch with friends, let my family know how life is, post my pics to share with family and friends....really, a fair amount of good stuff. And there's a plethora ("Jefe, do you know what a plethora is?") of apps you can use to annoy your friends and family with via game requests and such. Truly, there are many options. But they've even got "religion" apps that post automatically each day. There is one app in particular that'd I'd like to caution you against. It's called "God's Daily Message."  The following are some excerpts from a friends page:

"Today, God’s message for you to become alive in this moment. Breathe deeply, feel. Empty your mind of idle thoughts. Just for today, be fully alert, aware, and alive. Be open to the experience of this lifetime. Be alive."

Empty my mind? Sounds more like some kind of Asian meditation than something from the Bible (Colossians 3:1-3)

"Today God’s message for you is to discover and nurture your inner source of strength. You possess strength and courage to battle through all of life’s struggles. Deep within you is an infinite source of courage. This is what makes you a strong individual, ready to battle through each day. For every obstacle he puts before you, there is equal inner force to overcome."

"Today, God’s message for you is to know that you are not a human being seeking spirituality, but a spiritual being seeking humanness.  As that one spirit, you alone can invoke changes to the human race.  As that human spirit you can help build bridges and move mountains for the betterment of humankind."

Right, 'cause the bible speaks so positively on what it is to be human... (Ephesians 2:1-3)

"Today, God’s message for you is to look inward. For just this moment, stop seeing the world through the physical realm and see within. Life is not about the things we possess, but about inner joy and peace. Look inward to see what brings you joy, and find it there."

"Today, God's message for you is that you should let your smile be your most commonly worn accessory. It is beautiful, it is priceless, and it matches every outfit in your closet"


Really? Is Joel Osteen hiding back there?

Don't get your theology from Facebook apps. Get it from the Bible. Find a solid church that preaches Christ and Him crucified, not some eastern spin or some moralistic therapeutic deism.

Posted by Leif.Halvorson at 11:27 AM No comments:

Thanks to Pastor Fisk for this. About Reformed and Lutheranism.

Posted by Leif.Halvorson at 10:19 AM No comments:

Hymn Monday - "Savior, When in Dust to Thee"

Savior, when in dust to Thee Low we bow the adoring knee;
When, repentant, to the skies Scarce we lift our weeping eyes;
O, by all Thy pains and woe Suffered once for us below,
Bending from Thy throne on high, Hear our penitential cry!

By Thy helpless infant years, By Thy life of want and tears,
By Thy days of deep distress In the savage wilderness,
By the dread, mysterious hour Of the insulting temter's pow'r,
Turn, O turn a fav'ring eye; Hear our penitential cry!

By Thine hour of dire despair, By Thine agony of prayer,
By the cross, the nail, the thorn, Piercing spear, and torturing scorn,
By the gloom that veiled the skies O'er the dreadful sacrifice,
Listen to our humble sigh; Hear our penitential cry!

By Thy deep expiring grown, By the sad sepulchral stone,
By the vault whose dark abode Held in vain the rising God,
O, from earth to heav'n restored, Mighty, reascended Lord,
Bending from Thy throne on high, Hear our penitential cry!

Jesu Juva,
Soli Deo Gloria
Posted by Leif.Halvorson at 11:46 AM No comments:

Abraham and the Covenant of Circumcision
When Abram was ninety-nine years old the LORD appeared to Abram and said to him, “I am God Almighty; walk before me, and be blameless, 2 that I may make my covenant between me and you, and may multiply you greatly.”3 Then Abram fell on his face. And God said to him, 4 “Behold, my covenant is with you, and you shall be the father of a multitude of nations. 5 No longer shall your name be called Abram, but your name shall be Abraham, for I have made you the father of a multitude of nations. 6 I will make you exceedingly fruitful, and I will make you into nations, and kings shall come from you. 7 And I will establish my covenant between me and you and your offspring after you throughout their generations for an everlasting covenant, to be God to you and to your offspring after you.


Isaac's Birth Promised
15 And God said to Abraham, “As for Sarai your wife, you shall not call her name Sarai, but Sarah shall be her name.16 I will bless her, and moreover, I will give you a son by her. I will bless her, and she shall become nations; kings of peoples shall come from her.”


Peace with God Through Faith
Therefore, since we have been justified by faith, we have peace with God through our Lord Jesus Christ.2 Through him we have also obtained access by faith into this grace in which we stand, and we rejoice in hope of the glory of God. 3 Not only that, but we rejoice in our sufferings, knowing that suffering produces endurance, 4 and endurance produces character, and character produces hope, 5 and hope does not put us to shame, because God's love has been poured into our hearts through the Holy Spirit who has been given to us. 6 For while we were still weak, at the right time Christ died for the ungodly. 7 For one will scarcely die for a righteous person—though perhaps for a good person one would dare even to die— 8 but God shows his love for us in that while we were still sinners, Christ died for us. 9 Since, therefore, we have now been justified by his blood, much more shall we be saved by him from the wrath of God. 10 For if while we were enemies we were reconciled to God by the death of his Son, much more, now that we are reconciled, shall we be saved by his life. 11 More than that, we also rejoice in God through our Lord Jesus Christ, through whom we have now received reconciliation.


Peter Confesses Jesus as the Christ
27 And Jesus went on with his disciples to the villages of Caesarea Philippi. And on the way he asked his disciples,“Who do people say that I am?” 28 And they told him, “John the Baptist; and others say, Elijah; and others, one of the prophets.” 29 And he asked them, “But who do you say that I am?” Peter answered him, “You are the Christ.” 30 And he strictly charged them to tell no one about him.

Jesus Foretells His Death and Resurrection
31 And he began to teach them that the Son of Man must suffer many things and be rejected by the elders and the chief priests and the scribes and be killed, and after three days rise again. 32 And he said this plainly. And Peter took him aside and began to rebuke him. 33 But turning and seeing his disciples, he rebuked Peter and said, “Get behind me, Satan! For you are not setting your mind on the things of God, but on the things of man.” 34 And calling the crowd to him with his disciples, he said to them, “If anyone would come after me, let him deny himself and take up his cross and follow me. 35 For whoever would save his life will lose it, but whoever loses his life for my sake and the gospel's will save it. 36 For what does it profit a man to gain the whole world and forfeit his soul? 37 For what can a man give in return for his soul? 38 For whoever is ashamed of me and of my words in this adulterous and sinful generation, of him will the Son of Man also be ashamed when he comes in the glory of his Father with the holy angels.”
Posted by Leif.Halvorson at 11:33 AM No comments:

Jesus Juva,
Soli Deo Gloria
Posted by Leif.Halvorson at 11:12 AM No comments:

Today is Funny Friday! Enjoy another video from the good folks at The Lutheran Satire!

Jesus Juva,
Soli Deo Gloria
Posted by Leif.Halvorson at 11:45 AM No comments: 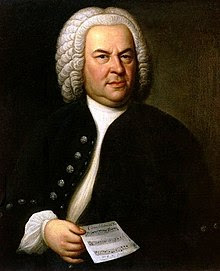 "Ah now, my God, thus do I fall assured into thy bosom.

Thus speaks the soul which trusts in God when he the Savior's brotherhood and God's good faith in faith doth praise. Take me and work thy will with me until my life is finished.

I know for sure that I unfailing blest shall be if my distress, and this my grief and woe, by thee will thus an end be granted: For thou dost know that to my soul thereby its help ariseth, that in my earthly lifetime, to Satan's discontent, thy heav'nly realm in me be manifest and thine own honor more and more be of itself exalted.

Thus may my heart as though commmandest find, O my Jesus, blessed stillness, and I may to these muted lyres the Prince of peace a new refrain now offer.

To my shepherd I'll be true. Though he fill my cross's chalice, I'll rest fully in his pleasure, He stands in my sorrow near. One day, surely, done my weeping, Jesus' sun again will brighten. To my shepherd I'll be true. Live in Jesus, who will rule me; Heart, be glad, though thou must perish, Jesus hath enough achieved. Amen: Father, take me now!

If I then, too, the way of death and its dark journey travel, Lead on! I'll walk the road and path which thine own eyes have shown me. Thou art my shepherd, who all things will bring to such conclusion, that I one day within thy courts thee ever more may honor.

Posted by Leif.Halvorson at 11:19 AM No comments: